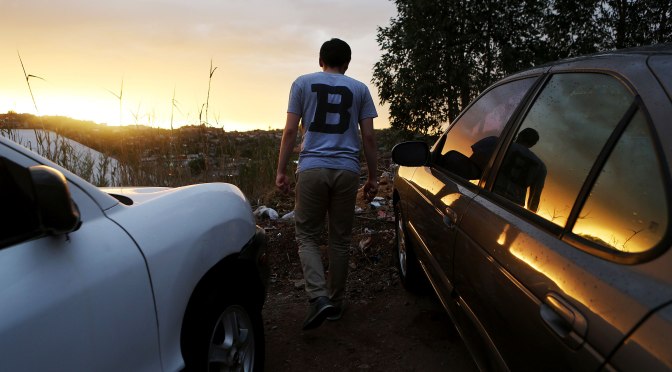 The nation’s unauthorized population has swelled to about 11 million, many of whom put down roots here and started families. They are parents to about 4.5 million U.S. citizen children.

In the midst of the legal battle regarding undocumented parents of U.S. citizens, and with birthright citizenship in the spotlight, there is a growing number of American children stuck in the middle. No matter what side of the immigration debate one takes, these are American citizens… the next generation of police officers, school teachers, doctors and army soldiers.

This story offers a glimpse into the challenges they face.

Presidential candidates are talking about the border from afar, but Manuel Padilla, chief of the U.S. Border Patrol’s Tucson Sector, sees it up-close.

Republican front-runner Donald Trump wants to build a wall along the Mexico-U.S. border paid for by the Mexican government. During a recent trip to Southern Arizona, fellow Republican candidate Ben Carson talked about deploying U.S. troops to the border and said he would use drones to destroy caves used by the scouts who guide human and drug traffickers through the desert.

The border is not secure, critics say, even though spending on immigration enforcement makes up nearly half of all federal law-enforcement spending.

Apprehensions along the Southwest border are down in general. South Texas, particularly the Rio Grande Valley Border Patrol Sector, saw an increase last year mostly due to Central American unaccompanied minors and single parents crossing the border with their children — many of them turning themselves over to the agents. But so far this fiscal year those numbers are down.

Last year for the first time, the Border Patrol apprehended more people from countries other than Mexico — primarily Central America— than Mexicans.

With less than a month left until the fiscal year on Sept. 30, the Tucson Sector is set to end the period with 30 percent fewer apprehensions than the previous year — numbers not seen since the early 1990s.

“The border in Arizona is the most secure it has ever been,” Padilla said, “but we still have a lot of work to do because these criminal organizations will always look for vulnerabilities.”

Here’s what Padilla had to say about the state of the Arizona border:

A year after a devastating mine spill in Mexico, the United States is facing its own disaster as millions of gallons of mine wastewater were unleashed to a tributary of the Animas River in Colorado.

On Aug. 6, 2014, 11 million gallons of a copper sulfate solution poured out of a containment pond and polluted the Bacanuchi and Sonora rivers, affecting the livelihoods of more than 22,000 Sonorans about 25 miles from the Arizona border.

At the Gold King Mine in Colorado, an Environmental Protection Agency crew accidentally triggered a blowout in an inactive mine that released about 3 million gallons of contaminated water created by rain and snowmelt contacting mine walls and wastes, she said.

But both were highly acidic — the Sonora spill more so — and carried high concentrations of toxic metals such as cadmium, copper and zinc, which in high concentrations can be harmful to humans and aquatic life. The predominant metals in both cases were the relatively less toxic aluminum and iron.

After both spills, fear and confusion reigned. People wanted to know if it was safe to drink the water, whether the sediment settled in the river was dangerous, and what the long-term effects would be.